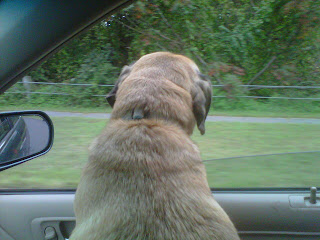 Here are the two things that I have decided to share with you today, to illustrate the glamour of my life.

Thing, the first: I got a part in the play that I auditioned for on Sunday! Yay! I am such a huge community theater nerd, so it is apropos that the play I will be appearing in is called The Nerd. NO, I am not playing the nerd; however, I did get a pretty big part. Since I had Jane, I've mainly directed or helped out on the tech end of shows. The last show I was in was a triumphant production of Love Letters with my friend Alan when I was four months preggo. (OK, "triumphant" might be a big word, but I was and still am extremely proud of that show and the chance to work with my very good friend in a two-person production. Also, I made people cry, which is a triumph, I think.) (NOTE: They were not crying because of my bad acting.)  Anyway, rehearsals start on Sunday. Whoo hoo! I hope I can still remember lines!

Along with his glandular issues, Young James also gets chronic yeast infections in his ears (it's a good thing he's cute) and so I had them confirm that he had yet another one (which they did) and give me new meds (which, I suspect, list GOLD as a prime ingredient as the total visit ended up costing me $119).

So Jimmy is happy with his empty butt and clean ears, and I am broke, but in a play.

"of dog butts and theater"

Ewwwwwwwww. If Ruby ever gets in that predicament, she will insist on visiting with you since you know what you're doing. You are SUCH a good friend!

And good news about the play too ;)

Yay! Looking forward to seeing you in The Nerd. You made me cry during Love Letters and I can say most definitely it was not from bad acting. It might have been the uncomfortable cabaret chairs, but I don't think so.