it's a small (tragically sad) world 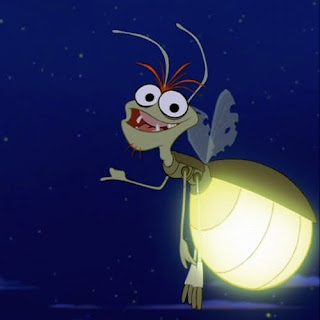 This will not come as a shock to anyone who knows me, but I HATE HATE HATE most animated movies. Ever since Pinocchio scared the life out of me (the only time I went to the movies with my father that I can remember – and legend has it that I was screaming so loud the whole theater was looking at me), and Dumbo tore at my soul (OMG sadness) and Bambi….well, let’s be real, I’ve never seen Bambi, and I never will….I have avoided animated movies like the plague.

Why, you ask? Well, they are ALWAYS sad. Think of your favorite animated film. Oh, I bet you will try to tell me it wasn’t sad. But, if pushed to remember, I bet you will think of something that would make a sap like me cry. I have a friend who is enraged that I have never seen Finding Nemo. I mean, he’s really mad at me about this. Is it sad, I asked? No, no, it isn’t he said. But sure enough, something tragic happens to Nemo’s mother (always with the mother) at the beginning. I actually got teary reading a REVIEW of Toy Story 3 earlier this year. And, basically, I don’t like to cry at movies. I don’t like to be a miserable puddle of sadness. So I have avoided this genre altogether.

But now I have a kid. A kid who seems to like such movies. We started off slow, with Cinderella. She became completely and totally obsessed with it (to the point that she calls any heels I own “glass slippers” and declares herself a “pincense” on a daily basis) and then somehow we lost the DVD at the boat. To make up for it, Greg bought her The Princess and the Frog, the most recent Disney animated film. (Of course we called it “Cinderella and the Frog” to distract her from the fact that we lost her original movie.)

Now, when Jane is watching these movies, I sit with her, but I’ll either be reading or messing around online, so I’m not really paying attention. I like to protect myself from the sadness as much as possible. But the other day, upon the 10 millionth viewing of Cinderella and the Frog, I noticed that on the screen was [SPOLIER ALERT – but if you know animated movies you know what’s coming] a very sickly looking firefly. I asked Greg what was wrong with him. See, Greg would know, because being a boy with no siblings, he never really got to see any of the Disney movies (which is why he was shocked that the Prince in Cinderella immediately got to marry her after he found that the glass slipper fit her – and I told him that movies like these are why many women believe in fairy tale romances. If it happened to Cinderella, it can happen to us. Except most of the time it doesn’t. Don’t get me started..) ANYWAY, he thinks these movies are just great and loves the music in The Princess and the Frog so much so that I might buy him the soundtrack. And it’s true – it really is good New Orleans-style music. I cannot fault him for this.
God, am I getting sidetracked. So I asked Greg what was wrong with the firefly, and apparently he (the firefly, not Greg) got run over by “Shadow Man” (or something like that) and was on his way to firefly heaven. But it wasn’t even firefly heaven – see, apparently the firefly was in love with a star in the sky throughout the movie, so when he died (after a big long tortuous death scene) you see that he is reunited with the star in the sky.

WELL. I lost it. I barely knew any characters in the movie, I didn’t even know there WAS a firefly up until this point, and I was bawling, tears and tears and more tears. It was just SO SAD. And then I started railing on (again) about why do these movies have to be this way, and Greg said that Jane didn’t even understand it so it wasn’t a big deal, and then I said she WOULD understand it someday, and then WHAT WILL WE TELL HER and on and on and I am not even making any of this up.

I really don’t know how I’m going to make it through her childhood without her realizing I’m completely nuts.
Posted by Amanda at 2:46 PM

You won't A.
But she'll inherit a little of your 'nuts' & it will result in some of the best times you and she have together. Laughing, inside jokes, a connection only you and J will have.

I have no idea how I know this as I certainly did not pass on any "nuts' behavior to my daughter.
Okay. I did. Quite a bit.

dumbo broke me for life. i have a fascination with elephants, and the scene where mrs. jumbo is trying to protect baby dumbo from some douche-bag kid, and then she gets tethered down and whipped, and then she gets locked away, and then poor baby dumbo is sitting there crying, and then all the other elephants reject him, it BREAKS MY HEART. i don't cry, but if i did, it would be at that scene. or even just thinking about that scene. or even right now as i type this. but i don't cry.

this song from dumbo always made me happy though:

i saw a peanut stand, heard a rubber band,
i saw a needle that winked its eye.
but i think i will have seen everything
when i see an elephant fly.

i saw a front porch swing, heard a diamond ring,
i saw a polka-dot railroad tie.
but i think i will have seen everything
when i see an elephant fly.

i seen a clothes horse, he r'ar up and buck
and they tell me that a man made a vegetable truck
i didn't see that, i only heard
but just to be sociable i'll take your word

i heard a fireside chat, i saw a baseball bat
and i just laughed till i thought i'd die
but i'd be done see'n about everything
when i see an elephant fly.

i want a flying elephant. so i could ride him. and love him. that would be my idea of heaven.

There has to be some sadness or danger for there to be a story. It's not just cartoons. The key is that the story ends well. Even The Princess Bride has moments of sadness, but I can't think of a happier movie.

Gene - I understand that - but why is it that CHILDREN'S movies are the saddest of all? Seriously, they scarred me for life. Especially that scene that Dwayne has so graciously reminded me of in great detail, even though I was trying to skim over the part of my brain that still remembers it deep down. Thanks for bringing it to the surface Dwayne! That only made me cry every day for like two months!

What I hate is no Disney movie ever has 2 loving parents. What's up with that?

You must be a slobbering mess at many Broadway shows as well. It's hard not to lose it when you hear "You'll never walk alone..."