my weekend in three pictures.

My weekend started with this: 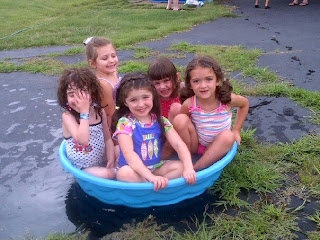 Really, we did have a bigger pool at Jane's birthday party. But who can understand five-year-old girls? Not me. 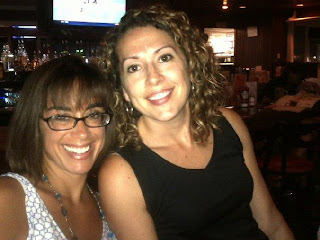 Heather and I out past 6 p.m. on Saturday night without kids for my friend Larry's 40th! Wahoo!

And ended with this: 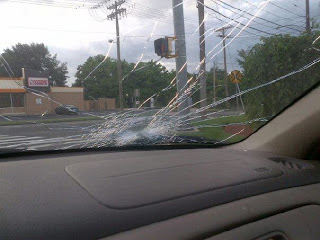 ﻿
This would be my windshield after getting shattered as I was driving home last night from my mother's house. I was on the highway, no trucks or cars close to me, and my windshield exploded. Is someone out to get me? Scary.

How was your weekend?
Posted by Amanda at 8:43 PM 4 comments:

You know what I’m excited about? The August Break. I’m doing it again! I think it’s just the thing to pull me out of my major blogging rut. So what if my camera is broken and I only have my Blackberry to take pics, right? So that’s coming up next week.


But first. It’s the weekend! And it is a crazytown one, that’s for sure. Here’s what’s up:
Friday: Tonight I’m going to see a friend of mine perform here in Death of a Salesman. No wait, first I’m going to continue cleaning my house in preparation for tomorrow. Sometimes it seems like all I do is clean my house for parties during the month of July. Then tonight I’m going to see Death of a Salesman. Nothing like some hilarious Arthur Miller to kick the weekend off, am I right?


Saturday: Ah yes. The day of Jane’s epic fairy princess birthday party. Forty-nine people. Nineteen kids. My. House. Will. Be. Trashed. PRAY FOR ME. After that we are going out for my friend Larry’s 40th birthday. I don’t know what’s so romantic about Halloween time that everyone has babies in July, but good Lord is this month crammed full of them.
Sunday: No real plan for Sunday, although I am sure I will be cleaning the wreckage that will be my house after the lunatics descend upon it on Saturday.


So I guess the theme for this weekend is birthdays. And cleaning.
What are you up to?

Posted by Amanda at 1:30 PM No comments:

Jane turns five years old in about 90 minutes. Five is kind of magic, isn't it? She's had two cupcakes today already. If that isn't a sign of a pretty magical year, I don't know what is.

Things Jane loves at five:
*princesses
*purple
*being an extreme drama queen
*dancing
*saying "YESSS!!" when she gets the answer she wants
*coloring and drawing, specifically mermaids and princesses
*Barbies
*dressing up
*Disney movies (favorites right now are The Lion King and Pinocchio)
*the beach
*Singing songs to people after telling them to listen to her but not to look at her or laugh at her (they are allowed to clap for her when it's over)
*macaroni and cheese
*popsicles
*her friends

Every year, I think I can't possibly love her more. And every year I'm wrong. 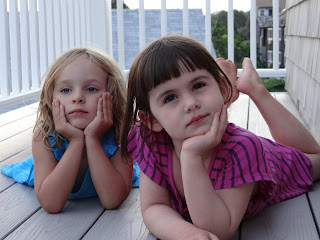 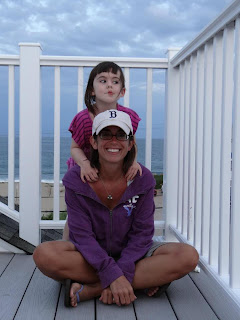 I will be away this week on vacation in Rhode Island with 15 other people. Two houses on the beach stuffed with some of my favorite friends. Yes, yes...this sounds very agreeable to me.

So my lack of posting this upcoming week will be because I will hopefully have my feet in the sand and a smile on my face. When I get back I do plan on starting to post again in earnest. No, seriously this time.

I hope you have a fabulous week and weekend!
Posted by Amanda at 7:45 PM 1 comment:

the time I met the internet girls.


Nearly a month ago, a really cool thing happened. And it’s already been written about here, here and here, but I wanted to weigh in too.


A few months ago, when I saw on the Twitter that O was going to be heading from London to visit D in Brooklyn for a couple of weeks in June, I knew I had to barge in and invite myself along for the fun. So we picked a Monday in June that I would come into the NYC and hang with them for the day.


A few days before the visit, I heard from J, who said that she would be in Connecticut from Washington State visiting family the weekend preceding the NYC Tweetup, and did I want to meet for a drink? YES, PLEASE, I said, and couldn’t believe that in the span of 24 hours, I would meet three of my fave bloggers and Tweeters, a couple of whom live thousands and thousands of miles away.


AND THEN. J had the epiphany that instead of going to Long Island on Monday as planned, why didn’t she instead join me on the train into Manhattan so we could both meet up with D and O in Brooklyn.


And then I got nervous.


I never did the Internet dating thing. I’d never met a blogger or Tweeter that I hadn’t already known previously in real life. I am such a tool, I reminded myself. SUCH a nerd. And boring! What if they think I’m cool in person? I’m NOT cool! Have I presented myself in a way that would make someone think I’m cool?

Well, no. There’s no way I managed to do THAT.


But I was, in fact, nervous. So when I pulled up to J’s hotel about 20 minutes from my house on the way to the train station in New Haven, I handled my nerves the best way I know how. With an intense case of verbal diarrhea.


I talked her ear off about pop culture and the 80s for the entire ride down to New Haven and the two-hour train ride to NYC. Poor thing.


Fact: J is awesome. And rad. And so pretty. And cool. And smart. And very stylish. And yes, I’m gushing. SHUT UP. There’s more where that came from.


After mostly-successfully navigating the subway system from Grand Central to Brooklyn, we went to our appointed meeting place to hook up with O and D and friends. So yeah, there we were, just scanning the streets looking for faces that matched the Twitter avatars we’ve come to know so well over the past year. And then we heard:

Yup, there were D and O. And it was fucking awesome. It felt so surreal to see them in real life but yet so completely NORMAL. I have to say that the conversation (and ridiculous amounts of laughter over topics like DIABETES) started the moment we met outside the subway station, carried through our walking around looking for a restaurant, lunch, and park time, and didn’t stop until we had to head back to the subway and go home (Connecticut for me, Long Island for J).


D and O? Incredibly cool. Way cooler than me, that’s for sure. Sassy and intelligent and gorgeous and forces to be reckoned with.


Hands down, meeting those three ladies was one of the best days of my summer. And I cannot wait for it to happen again. 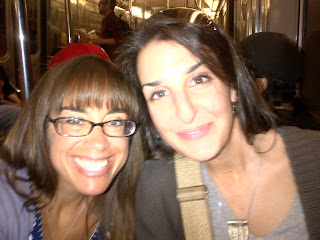 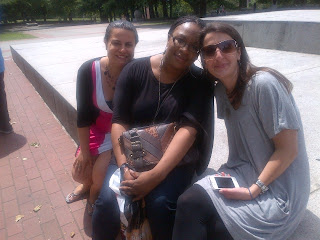 
I have sucked so bad at this blogging thing over the past few months. And it keeps popping into my head, and I keep not writing anything.


I figured that when I made my triumphant return over here, I damn well better have something monumental to say. Instead, I will bore you with the standard minutiae of my life, per usual.


It’s been fairly chaotic around here lately, for reasons I’ll talk on the blog and reasons I won’t. We hosted our big annual Fourth of July party at my house, and prepping for that was the nightmare it always is when you’re having a bunch of people over. Two days later I had the cast from the show I was in recently over to watch the DVD, which was so much fun. I also went to my friends’ family summer party, Greg’s family’s summer party, and a triple-birthday party. I also went to dinner on two separate nights with different friends. And went to coffee with another friend. And the beach with another friend. And drank an epic amount of wine and sangria. And this was just the past week.


This week I am looking to detox myself of all of the alcohol and bad food I ate. I am going to exercise, hopefully a lot, which I haven’t done in well over a week. I’m going to try to combat some anxiety I’ve been having. And what I am going to do the most is look forward to my vacation, which starts next Saturday.