I have been here. 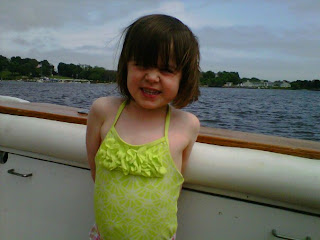 I have been having a marvelous long weekend. Promise to come back soon.
Posted by Amanda at 7:51 AM 2 comments:

I did, in fact, promise a more coherent blog post earlier this week. I'm not sure if this is going to be it, but it's something.

I was having a chat with my friend and former commenter on this blog, Dwayne. (He does not comment anymore. I assume because he hates me.) Anyway, I was talking with him about my blogging frustrations (I don't think I have anything to write about, my life is boring, I'm having a mid-life crisis, etc) and he said I should write about my opinions on current events instead of blogging about my personal life. And then I came up with the ingenuious idea of having a "Douchebag of the Week" - but I think it's only because there are some egregious douchebags out there this week. So, for now, I give you my current list:

DOUCHEBAG(S) OF THE WEEK!
Arnold Schwartzenegger
The IMF guy (I can't remember his name. But I'm not going to waste a moment of my life Googling the name of a rapist. "Allegedly.")
This shitty CT weather
Jane's bedtime routine

And, really, do I even have to explain why I chose them?

So I think my Douchebag of the Week idea isn't going to really further this blog along as much as I'd like.

Perhaps I will tell you the things I am obsessing on this week. You know, pop culturally. So, here we go:

POP CULTURALLY THINGS I AM OBSESSING ON THIS WEEK
The Book of Mormon soundtrack (oh, the poor people who need to hear me talk about this show all the time)
The Daily Show with Jon Stewart (I watched five eps in a row last night, and it was a simply delicious way to spend an evening)
Bridesmaids, and how much I want to see this movie. You know, in the theater. Like people do.

Yeah - I don't think this idea is going to go anywhere either.

So if there is anything you'd like to see me write about on this here blog, please let me know. For the betterment of the people, and everything.

Have a great weekend!
Posted by Amanda at 5:08 PM 2 comments:

I know. I KNOW. Part of me thinks I should just declare a blogging sabbatical and be done with it. I have really fallen out of my blogging three times a week thing I was doing there for a couple of months. Anyway.

My trip to New York last week was fabulous. Really. I LOVED The Book of Mormon the most. Definitely want to see it again. I am a new fan of Daniel Radcliffe, who was great in How to Succeed.... I may actually watch one of them there Harry Potter movies (no, no I won’t). Arcadia was very good as well – but very long. But good. (But long.)

Plus there were parties! Very late! And people. Tons of people. And drinks! Very many. Have you heard that New York is the city that doesn’t sleep? It’s true!

(There was also regular conference-type stuff. But I’m glossing over that. Because it doesn't make me seem exciting.)

Anyway – good times. Also – go see The Book of Mormon. GO. But only if you like "South Park"-style humor. I also may have a slight crush on Trey Parker now. Is that weird? I can't decide.

In other news, I am leaving for a week at the beach in one month, and I need to lose 10 pounds. Is this possible? I mean, is this possible whilst still being able to eat cookies all day? Inquiring minds want to know.

(I promise to write a more coherent post later this week. I was up late last night. I am on the casting committee for a production of The 25th Annual Putnam County Spelling Bee and after I got home from that last night, I had to watch the two-hour finale of “Survivor.” Which was awesome, by the way.)
Posted by Amanda at 5:00 PM 3 comments:

Well, as previously mentioned, I'll be going to New York this week for a conference. This is one of those weeks that I really can't complain about my job, because, basically, no one will listen. See, at this conference I will get to see some Broadway shows (this time I will be seeing The Book of Mormon, How to Succeed in Business Without Really Trying and Arcadia), go to some parties, see some famous people, and other conference-y stuff.

I am worried about Jane though. She is sooo clingy on me these days and she desperately misses me if I'm not home for even one evening, so this week might be a little rough on her. She will be at daycare during the days and I'm sure she and Greg will have plenty of fun at night, but my guilt is pretty major right now. Because what's parenthood without a major dose of guilt at the exact moment you should be excited about something?

I will see you on the flip side with a full report (and you know I'll be tweeting throughout).
Posted by Amanda at 6:58 PM 2 comments:

I have thought often about this blog this week. I have really wanted to post; but I didn’t feel like I had much to say. I was going to post a couple of cute pics instead, but that’s cheating, isn’t it? So I’ve been quiet ‘round these parts. But I’ve been reading your blogs! Promise.

I am going to an Idina Menzel concert tonight. Despite being tired (whoops – there I go again) I am getting pretty excited about it. She is a big Broadway star and has her own albums and was on “Glee,” but I will always love her the most for being the original Maureen in RENT, the first Maureen I ever saw, my favorite, way back in 1997. (Remember, I have seen this show 22 times, so I have a thing or two to say about RENT.)She can belt the shit out of songs, so tonight should be fun.

I have to work tomorrow morning – can’t say I’m extra psyched about working on a Saturday morning, but what can you do? I’m the idiot who volunteered to do it. Why do these things seem like such good ideas two months in advance? Oh well. After that I think I’m going to help Greg move the boat from its winter home to its summer home (finally). Boats? Are a shit-ton of work.

Sunday is Mother’s Day. We are going to my mother’s house (natch), as are my siblings, for breakfast. I assume we will also see my mother-in-law this weekend, as it is both Mother’s Day and her birthday. Greg’s family isn’t as much into holidays and birthdays (I do not understand this for the life of me at all) so who knows, maybe we won’t. Aside from that, Mother’s Day will consist of being a mother, along with getting ready to go to NYC next week for a conference. I’ll tell you more about that next week – very cool.

When I woke up this morning, the whole world had changed.

Watching the news and going online has brought to the surface a lot of the feelings I had on 9/11.

I find myself so, so upset at people - some of my friends - who have taken this moment to shit on Obama for whatever reason.

This is a triumph for our country. All of us. Even those of us who don't feel comfortable celebrating a death. I understand this. Truly.

But there are others who - rather defensively, I think - are using yesterday's events to air their petty political complaints. I'm not talking about people opposing war, violence, things like that. I'm talking about people who are saying that who does Obama think he is, he wasn't looking for him in the caves himself, it's not like he was the one firing the guns, why is he taking all the credit, etc. etc.

I ask, who else is the appropriate person to make the announcement to our country, other than our Commander in Chief?

I also say, get a fucking grip, people.

I only hope yesterday brought peace to the family and friends of the victims of 9/11.