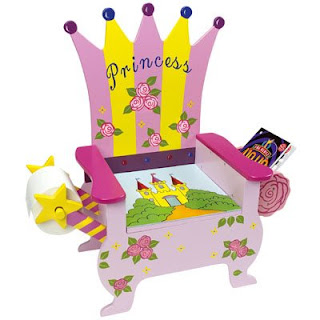 Last night I went to a "Toilet Training from the Trenches" class at Jane's daycare. I can truly say there is nothing as enjoyable - read, torturous - as the idea of going BACK to Jane's daycare after picking her up, giving her dinner, and shoving some food down my own throat, but off I went last night, with Greg getting the lucky duty of dealing with Jane's bedtime ritual. And I truly do mean he was lucky.
The class took place in the 3-4 year olds room, which was interesting to see. It looks like all sorts of fun up there, with art projects, a science center, and other cool stuff. I would have much preferred checking out Jane's future digs than sitting in a chair designated for someone 32 years younger than me (not good for my back, which has already been in agony these past couple of weeks-woe is me!).
Anyway, the lady teaching the (mercifully short) class was from the United Way, and was perfectly lovely, and she gave a little talk, and people asked questions, and we all got a handout detailing what and when we need to do in regards to the almighty transition from diaper to crapper.
I have to tell you, I could barely keep a straight face. There was so much sincere talk about "poopie" and "pee pee" and "BMs" and something called "pee targets" (did you know such a thing exists? for boys? you float little targets in the toilet? HA!) that I could hardly contain my laughter. And I felt bad, because while the whole conversation was very theoretical for me because Jane is only 14 months, but all the other parents had more age-appropriate kids (between 2 and 4) and some of them were having real problems with the whole process.
The next step, in a few months, is for us to start identifying to Jane what it is she's doing in her diaper. But I'm already doing that! I have a song called "There's a Poop in Your Butt and Your Mama's Gonna Get It Out" and everything! We also get to start going to the bathroom in front of her. What a supreme treat for everyone!
Posted by Amanda at 8:08 AM

Wow, you get to have all the fun. And to think, I just sat home and watched TV.

Seriously? Pee targets?? Boys get to have all the fun stuff.

Poop is hilarious. If the two of us were in that class together it would be all over.

Not that I can think of a reason the two of us would ever be in that class together...but still.

where might one find one of these "pee targets"? not that one NEEDs one, but one might WANT one. for fun. seriously.

I would love to hear this song some day.

The "pee targets" can be something as simple as Cheerios floating in the toilet. Something that can be tossed from the training potty or flushed down the toilet without retrieving and rinsing it off for next time. Coincidentally, Cheerios are also good snacks that are great for developing kids' hand eye coordination.

Why is the non-breeder the expert on kids here?

Oh, and to third Shane and The Diva:
Poop.

Oh, and when using Cheerios as snacks, one should use fresh ones that have never been used as pee targets.

Dwayne, if you are interested in some pee targets, go here:

Or use the cheaper Cheerios version.