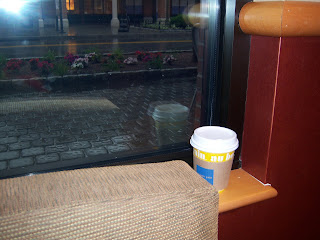 Coffee at Au Bon Pain on a rainy morning 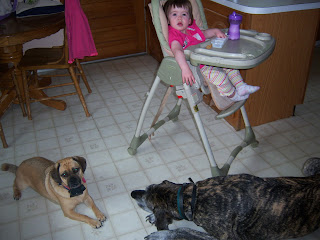 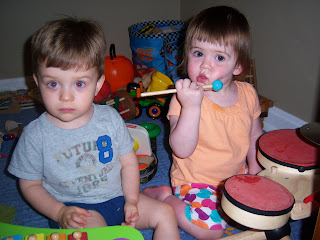 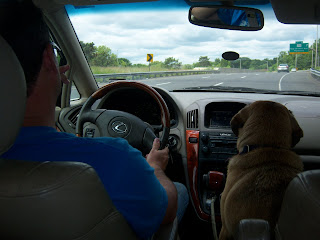 Greg driving with his sidekick, Jimmy 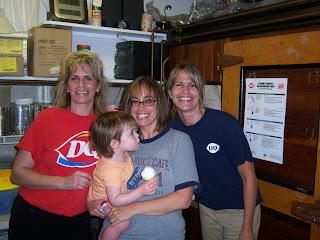 Me and Jane with my sisters at DQ
So, um, this rain? Sucks. But the vacation rages on. Thursday it absolutely poured all day. Jane and I spent another quality morning at the mall, except this time, instead of walking around on her own, meeting and greeting all the old mall walkers, she decided that rather than walking or riding in the stroller, she would pitch major fits and throw dramatic tantrums every time I had to put her down (carrying a 30 lb child and pushing a stroller at the same time = NOT FUN). We also went to my cousin's house to visit her and her three (THREE!) kids. I was lucky to escape the madness on Thursday evening to go to rehearsal.
Friday - guess what? More rain. Awesome. We went my friend Cheryl's house to hang with her and her son Griffin, who is less than two weeks younger than Jane. That kid has mad verbal skillz though - he said to me at one point, "this balloon has no helium." Seriously! He's not even two! It was really fun to see them, and Jane had a blast playing with more toys that aren't hers. Later we went to Dairy Queen to see my sisters (one of my sisters owns it, the other works there. I put many years into DQ myself, when my parents owned it.). Because I haven't been feeling well, Greg took Jane home and I went off to get a pedicure and read the gossip mags at Barnes and Noble. I must say that was pretty fabulous. Also, it stopped raining for a little bit!
Vacation report to conclude tomorrow. Here's a preview - RAIN!

ugh, i SO feel your pain with this rain!!! bahhh!

im glad to hear your vacation continues going well, tho : )

Have you been to the doctor yet? Last year at this time I had a cold that wouldn't go away and I felt like major crap, tired, miserable, horrible, etc. and it was totally a sinus infection. A couple of days of antibiotics and I was good as new.

I hope you feel better soon and I hope that our simultaneous vacation week in July is so hot and sunny that we complain about how hot and sunburned we are.